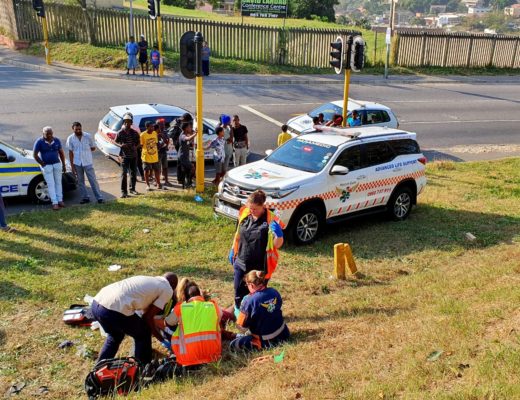 Durban – A teenager is in a serious condition after she was attacked by two pitbulls while walking on Stanley Copley Road near Crocus Road in Sydenham on Monday afternoon.

It is alleged that the 13-year-old girl was walking along Dr RD Naidu Drive when she was mauled by the pitbulls.

According to eyewitnesses, the community tried to get the dogs off the young girl using bricks and other items but it could not let its grip off her until a policeman, who was driving pass, arrived at the scene and shot the dog dead.

Rescue Care’s operations director, Garrith Jamieson said the girl sustained serious injuries and needed Advanced Life Support to stabilise her at the scene before being rushed to a nearby hospital for the further care she required.

“A SAPS officer witnessed the incident, stopped and assisted until medics arrived at the scene. One pitbull was shot and collapsed and died a short way up from the scene while the second one ran away,” he added.

Communications officer of Sydenham SAPS, Cpt M Lazarus said, “We are currently trying to trace the next of kin of the young girl,” he added.

He has urged dog owners to always keep their pets locked inside the premises to avoid such incidents.