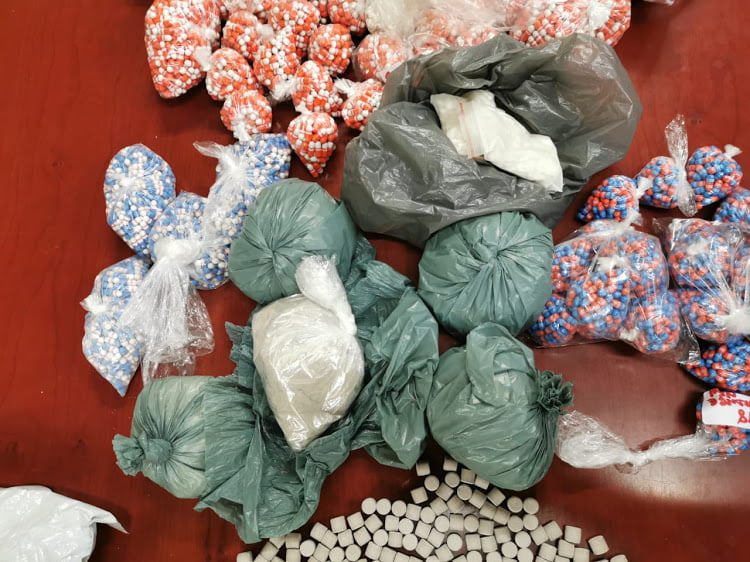 Police seized nearly R12 million worth of drugs during a raid on the premises of an alleged known Phoenix drug dealers den on Thursday.

Two people classified as high-level syndicate members were arrested when police swooped on the den. They were charged for dealing and possession of heroin, mandrax, ecstasy and crack cocaine at the Phoenix police station. One of them faces charges of unlawful possession of firearms and ammunition.

A Glock firearm,19 bullets and one shotgun with three shotgun rounds were also found.

Police estimate the street value to be worth an estimated R12 million.

On Wednesday, Democratic Alliance Councillor Sharon Hoosen raised the issue of drug dealing in Phoenix in the KwaZulu-Natal Provincial Legislature.

Hoosen said the DA held an Anti-Crime March in June 2017, to hand over a memorandum to the Phoenix Police Station.

They handed over a list with the details of 52 known drug dealers in the community to police.

“In the last two years of handing this information to the station commander. We have not received a report on the number of drug dens closed to date. I handed over the list to the MEC for Community Safety, Mxolisi Kaunda to act promptly and close these dens with immediate effect. The DA will continue to act in the interests of the community and will revert as soon as a response is received,” Hoosen said.

‘A TRAGIC LOSS’: TRIBUTES POUR IN FOR TEEN WHO DIED DURING RUGBY MATCH IN WC