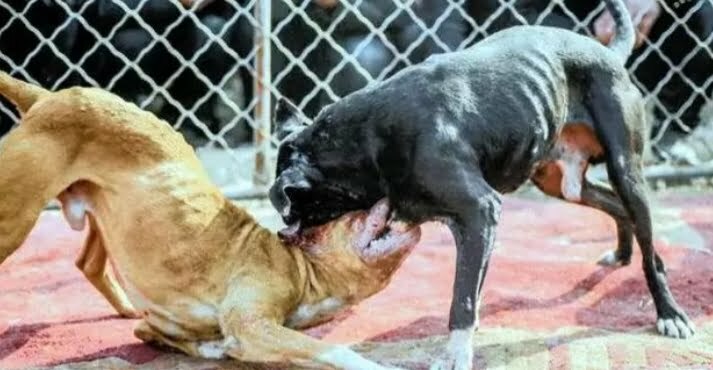 Durban – A DOG fighting cartel has been identified running more than nine dog fighting rings in the Durban and surrounding areas.

Animal rights activist and co-founder of Phoenix Animal Care and Treatment (Pact), Neeri Naidoo, described the cartel as huge and said the industry was worth hundreds of thousands of rand.

Naidoo warned owners to not “parade” their dogs in the “frontline” of their homes, as there are dedicated people who scouted for dogs in residential areas.

Naidoo said once a dog was spotted, all measures are taken to secure the animal.

“Kids are also paid to scout for dogs. And don’t think your high walls will help. Operators can mount an 80kg aggressive dog over a 2m wall that is reinforced with electric fencing and push them into a waiting van.”

She said the perception that pit bulls were a main target was untrue.

“Any power-breed stands to be targeted. Even small dogs are used as bait dogs to taunt the bigger dogs.”

A few years ago the organisation was made aware of children using slingshots to target dogs and some said they were hired to steal dogs.

Some power-breeds that are sought after include pit bulls, rottweilers, German shepherds, bulldogs, huskies and dobermans.

Naidoo said dogs are pitted against each other according to strength and not necessarily according to its breed.

“Dogs are captured and trained to fight.”

She added that, most often, the organisation found dogs dumped in the “middle of nowhere”.

“We have rehabilitated a few dogs that were found. But usually dogs who don’t die in the ring are killed and their bodies are dumped.”

David Hardwick, of SerendiPitty Rescue, said the biggest problem was not having law enforcement dedicated to raiding these rings.

He said dog fighting happened mainly on weekends in spots not easily penetrated by cops.

A dog owner recently had her staffordshire bull terrier returned but her pit bull has been missing for more than a week. Video footage showed four boys stealing her dogs. The terrier was found in Chesterville.

She asked owners not to spread word of suspected dog fighting activities over WhatsApp groups or social media but rather report it to the NSPCA.

Hansa said the best way to prevent your dog from being stolen was to sterilise them.

“Dog-fighters make most of their profits from breeding the winning fighting dogs and selling the puppies,” she said. POST