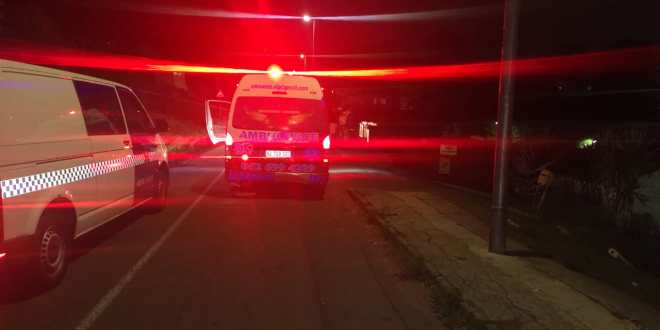 Devendren Lionel Pillay, the son of notorius drug-lord Yaganathan Pillay aka Teddy Mafia, has been killed in a drive-by shooting on Thursday night.

Lionel was standing in the driveway outside Rampersad’s home in Alpine Drive, Shallcross. They were both chatting when the shooting took place.

Three bullets struck him and one bullet struck her on the chest.

Reports were that rifles and handguns were used. The car also had on a fake set of number plates.

A close friend described Rampersad as a friendly and bubbly person with a heart of gold. She was also a mother of two.

‎Nevashnee Ahamed‎ wrote, “Today you shattered me into a million pieces when you died in mine and Ashley’s arms. I will never be the same again every time I walk out my door I will look for you, every time I look at my babies I will think of you, every time I hear the Lord’s name our memories will flashback. Every day that you leave for work I will miss your goodbyes. The drive safely have a blessed day conversations. The times we spent together, the moments are all in my heart. God has gained an Angel, I love you my dear friend, sister and wonderful woman of God”.