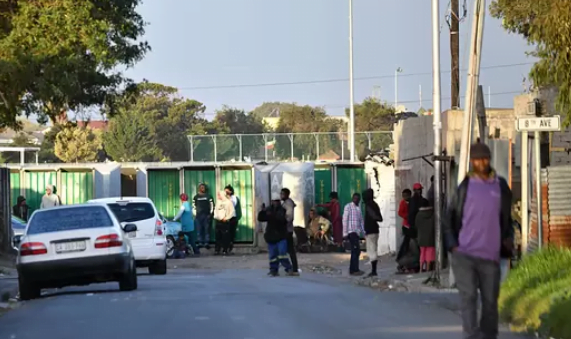 Cape Town – A Belgravia teen has died after first being stabbed in the chest on Saturday night during a robbery in Athlone, and then being hit by an alleged speeding motorist.

The family of Darren Sergio Andrews, 17, were hit by an alleged speeding motorist while rushing the bleeding teen to hospital.

Uncle Keenen Andrews, 32, says the Grade 11 learner from Belgravia High, who lives with his grandparents, came under attack after an argument shortly after 8pm.

“He went to a shop in Vygieskraal informal settlement to buy cigarettes and a witness told us that as he turned around he broke a guy’s cigarette and there was an argument,” Keenen explains.

“They robbed him and stabbed him. The two stab wounds were skrams, but the one was in the centre of his chest.

“When I got there, there were few people, I thought ‘no, man, I can’t wait for an ambulance’.”

Darren’s uncle and his 76-year-old grandfather, Reginald, carried the teen to his grandfather’s car to rush him to hospital.

Keenen says they were travelling along Johnson Road flashing their hazards, but tragedy struck once more when they approached the Hood Road intersection.

“On the corner where the mosque is, the robot was amber and we got a few seconds to get over on the other side,” he says.

“This guy comes speeding and hits us.

“He caught us on the side the car spun and bah, against the pole.

“I tried to resuscitate the boy, but I got hurt in the impact.

“I went through the windscreen and the car is a write-off.

“I didn’t want to give up on Darren because I lost his mother six years ago and I promised her I would look after him,” the crying uncle says.

He says Darren was declared dead on the scene, while his grandfather suffered injuries to his legs.

Police spokesperson, Captain FC van Wyk, confirms the incident and says an inquest case docket has been opened and the outcome of the post-mortem is awaited to establish what led to the teen’s death.

“It is alleged the male was stabbed and on his way to hospital he was involved in a vehicle accident Saturday at around 8.20pm in Athlone.”

Keenen says he doesn’t know what happened to the other motorist as he was focussed on Darren.

“It was too deurmekaar, I don’t even know what happened to the other guy. Darren was a good laaitie and a good student.”