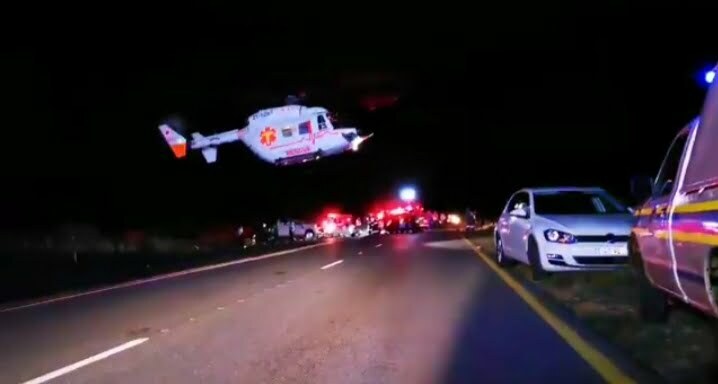 Johannesburg – Thirteen people were killed and nine others injured on Sunday night following a collision between a bakkie and light motor vehicle on the N12 between Fochville and Westonaria, emergency service ER24 said on Monday.

ER24 paramedics, along with other medical services, arrived on the scene after 8 pm to find bodies scattered around the scene while others were trapped inside the two vehicles, spokesman Russel Meiring said in a statement.

“Paramedics assessed the patients and found that five people from the light motor vehicle and eight people, including children, from the bakkie had sustained numerous injuries and showed no signs of life,” Meiring said. “Nothing could be done for them and they were declared dead.”

Six people, including young children, were found to be in a critical condition while three others had sustained minor to moderate injuries.

ER24 said details surrounding the incident were not yet known but authorities were investigating. African News Agency