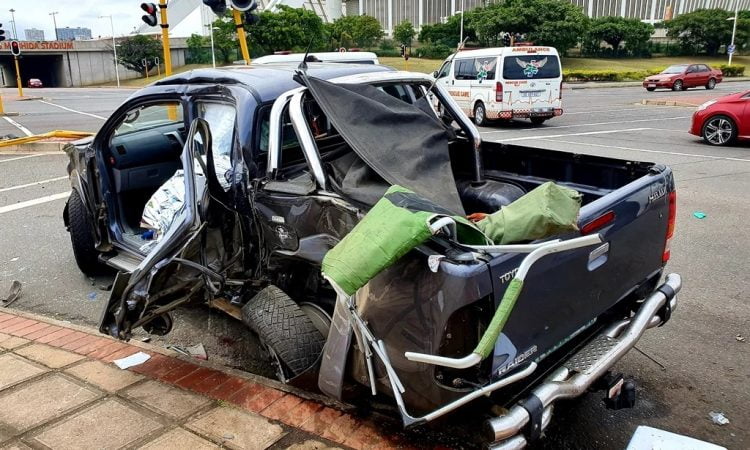 Durban – Three men who had recently retired were killed after a truck T-boned the vehicle they were passengers in on Thursday afternoon.

According to Rescue Care, five men were in a bakkie in Durban Central when they were hit by a truck on the corner of NMR Avenue and Battery Beach Road. The truck then went through a fence and stopped about 100 metres away.

Paramedics assessed the scene and found that three men in the back seat of the bakkie had sustained major injuries.

“There was nothing paramedics could do for them and they were declared deceased at the scene,” Rescue Care spokesperson Garrith Jamieson said in a statement.

Jamieson added that the three men were teachers and had recently retired.

The passenger in the front seat of the bakkie was trapped in the wreckage and had to be freed with the Jaws of Life.

“He was then carefully extricated from the vehicle on a specialised board before being transported through to hospital,” said Jamieson.

“The driver of the bakkie had also sustained moderate injuries and was transported to hospital. The truck driver was not injured in the collision.” News24