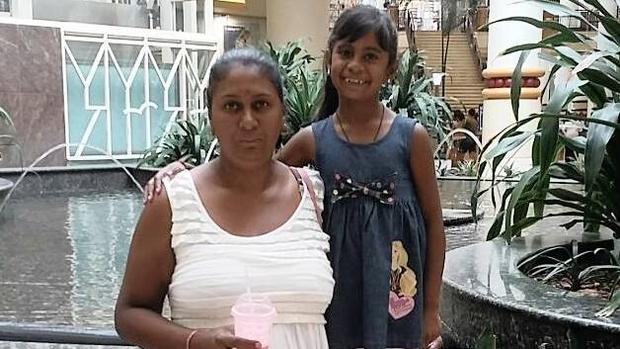 Durban – EARLY on Friday morning, Tiana Debidin, 9, asked her father if she could skip school and spend the day with her mother at their home in Redcliffe, Verulam, north of Durban.

Hours later, her mom, Devki, 43, died after suffering a heart attack and being electrocuted. The housewife was preparing a bath when the incident occurred.

Initially, it was thought Devki died after she was electrocuted, but her husband, Malcolm, said the post-mortem confirmed she had a heart attack.

What is unknown is whether she suffered the heart attack before or after the electrocution.

Malcolm, 40, said: “When I woke up, I put the urn on. It’s what I do every morning. Before I left home, I said I would be back in five to 10 minutes. I told the baby (Tiana) to lock the gate as I would be back just now.

“I just entered a shop to collect my business cards when Tiana called and said her mother fell down and that I should return home quickly.”

He said when he arrived, a group of family had gathered at his home and were crying.

Malcolm said he assumed his wife was changing the water from the urn – for the next person to bath – when she fell.

Malcolm said Devki meant everything to him. They ran a home-based tuckshop and sold different wares at local flea markets on weekends. They recently bought a second-hand car and were hoping to buy a home.

He said his wife did everything for the family.

“She was always giving. My mother (in-law) was planning to have a prayer this Saturday. She did not know my wife bought everything she would have needed for the prayer. She only found out after my wife died.”

He said Tiana, who appeared to be okay, was a strong child.

“She knew where my wife’s ID and the funeral policy documents were. For now, she seems to be in her own world. She just wants to be around her cousins

“We are going to get her counselling, when she is ready for that. My baby is now my everything. I just want her to have the best.”

SAPS spokesperson Colonel Thembeka Mbele said according to their report Devki was electrocuted.

“An inquest docket was opened at the Verulam police station for investigation.”

Devki’s funeral was held on Sunday.