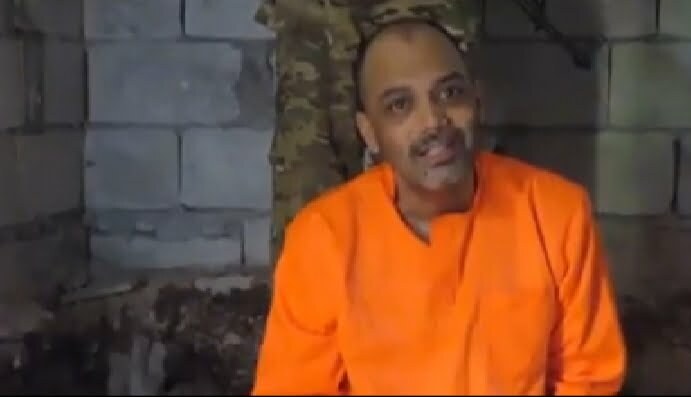 Durban – Another video of South African journalist Shiraaz Mohamed who was kidnapped in Syria has been shared on social media platform WhatsApp.

Shiraaz was kidnapped while accompanying the Gift of the Givers humanitarian agency into Syria to document their efforts to assist Syrian refugees and those affected by the war in January 2017.

In the latest video which is clearly edited and cut, it shows an armed masked man in military fatigues opening the door to an underground cell where Shiraaz is laying on the floor. It is clear that he has lost weight and is in a traumatic situation with tattered clothing. Blindfolded he is removed from the cell.

His hands can be seen shaking while the armed man uses an electrical shaver to cut off his lengthened beard. Shiraaz then addresses the viewers after he is made to wear an orange overall. He calls out for help to the South African government and a Fekri Shabaan.

From previous interviews on Salaamedia, it is known that Shabaan who was a representative of the Gift of the Givers in Turkey previously, invited Shiraaz to do the humanitarian coverage for the organisation in the first place.

He has since left the organisation but seems to still be a central part to the issue regarding Shiraaz’s kidnapping.

Shiraaz added that he fears he will be killed and that his captors have put the blame on Shabaan if that happens.

According to Dr Imtiaz Suliman of the Gift of the Givers they have not been involved in the negotiations since 26 June 2019 as his family decided to use an alternative source.

In a message to the family on the date Dr Suliman wrote, ”As a policy we cannot be involved if the family of a hostage chooses another option. Accordingly we have stopped all processes and withdraw from the case with immediate effect. It’s the most dangerous action if more than one party is involved in negotiation for the same hostage at the same time.”