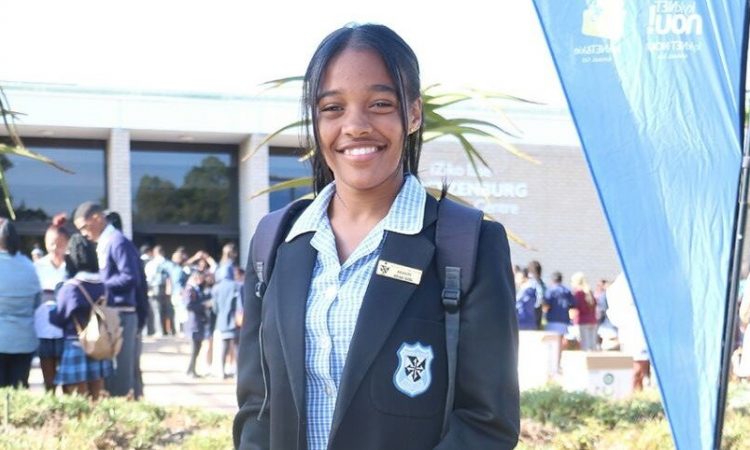 Amid all the 2018 matric success stories, 19-year-old Keisha Ruiters’ story stands out above the rest.

Keisha Ruiters was enrolled at Hoërskool Marian RC in the Western Cape and wrote her NSC finals during November while battling leukaemia.

She became ill while writing her second History paper on 21 November 2018 and was admitted to Hospital where she wrote English HL 3 and Afrikaans FAL 3.

Her last paper was written on November 26, and Keisha passed away eight days later. Her mother, Lynette Ruiters, told Die Son later that her daughter was the best child any parent could ask for.

Lynette’s heart swelled with pride when she collected Keisha’s matriek results from the school on Friday. Keisha received a distinction and bachelor pass. She achieved 69% in English HL, 72% for Afrikaans FAL, 75% for Life Orientation, 63% for Math Literacy, 69% for Life Sciences, 59% for CAT and 94% for History.

History was the last paper she wrote at school before being admitted to the hospital, and her teacher said that she would have achieved 100% if she was stronger.

Lynette said that History was Kiesha’s favourite subject and that she was proud of her daugher’s results:

“Ja ek was trots en hartseer op dieselfde tyd, want sy’t baie goed gedoen en veral haar gunstelling vak, Geskiedenis, ‘n A.” (Yes, I was proud and sad at the same time because she did so well, especially her favourite subject, History, an A.)

Keisha also received five diplomas during her final school year. One for Top Achiever in History, another a Courage and Perseverance Award that was given to “a learner who always strives to do their best.”

She also received a Star Award for Outstanding Academic Performance, and a reward for being the highest achiever in Computer Applications Technology. 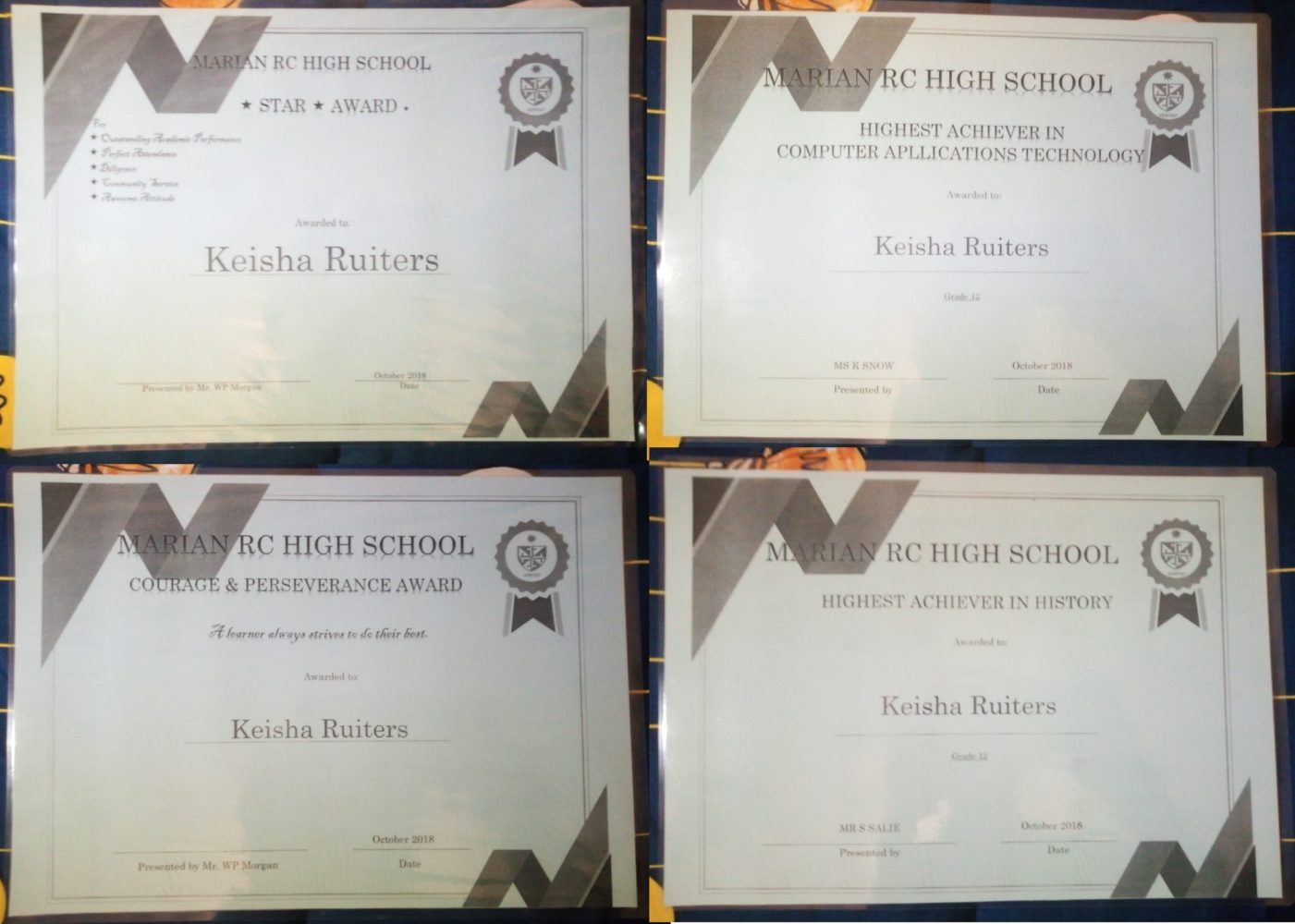 Keisha was diagnosed with Leukaemia in May 2017 and began treatment almost immediately. Doctors were hopeful that it would be effective because Keisha exhibited the same symptoms as other patients who responded favourably to the treatment.

Lynette said that seeing her daughter suffer through the treatments wasn’t easy. Keisha lost her hair and the chemo severely affected her. Lynette remained strong for her daughter and never cried while in Keisha’s company, but behind closed doors, she allowed the tears to come.

“Voor haar moes ek my sterk en positief hou. Somtyds het ek gewens ek kon die pyn wegvat van haar.” (I had to remain strong and positive when I was with her. Sometimes I wished I could take her pain away.)