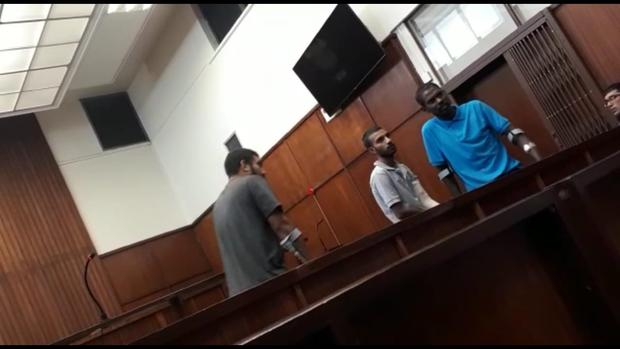 Durban – Three of four men who allegedly shot and killed a well-known Clairwood businessman and bodybuilder made their first appearance in the Durban Magistrate’s Court on Thursday.

Sanjay Juggernath, 34, was killed on the corner of Flower and Ganesh Road in Clairwood, on December 22.

The gym and nightclub owner was returning to his home when he came under attack.

He sustained 17 gunshot wounds his face, back and legs and died at the scene.

Hours after the murder Brandon Arumugan, 28, Alister Govender, 34, and Bilal Shaik, 41, were arrested by members of the provincial task team.

The accused were hospitalised shortly after their arrest and kept under police guard as they sustained injuries during the alleged attack.

All four accused are expected to appear back in court for bail consideration on Tuesday.

Scores of Juggernath’s family members who filled the courtroom, expressed their grievances about the “delay”.

Juggernath’s brother, Shanesh said they were upset that the accused only appeared now.

“We don’t want them to be granted bail, as it would be an injustice to our brother,” he said.