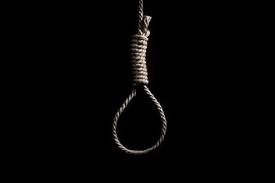 A 10-year-old girl who allegedly took her own life left a devastating note saying she was committing suicide to make her mom “the happiest woman in the world”.

The incident occurred in Aguascalientes, Mexico, on 6 January – the day on which Mexicans celebrate Three Kings Day, or “El Dia de Reyes”, by giving presents to family members.

After emergency services had received a call saying a girl had hung herself the tween’s body was found next to a letter, in which she blames herself for her father leaving home and causing her mother “pain”, Metro reports.

“Dear Three Kings, I only want to ask you my mom will be the happiest woman in the world after I won’t be here anymore as I’m only a pain and a ruin in her life since I was born, as I was the reason my dad left our house.

“I want to ask my mom to be calm, not to work a lot, the best present I can ask is her happiness. I hope someday you remember me and, in the sky finally, you hug me.

“I think the best present for the Three Kings is if I kill myself. As you always said to me, you wish I’d never been born. I love you so much, Mom. I know the Three Kings don’t exist but I give you this great present.”

Neighbours said the girl didn’t appear to have problems or suffer from depression.

Authorities have confirmed that the girl died as a result of strangulation by hanging, Daily Mail reports. Further investigations are underway.