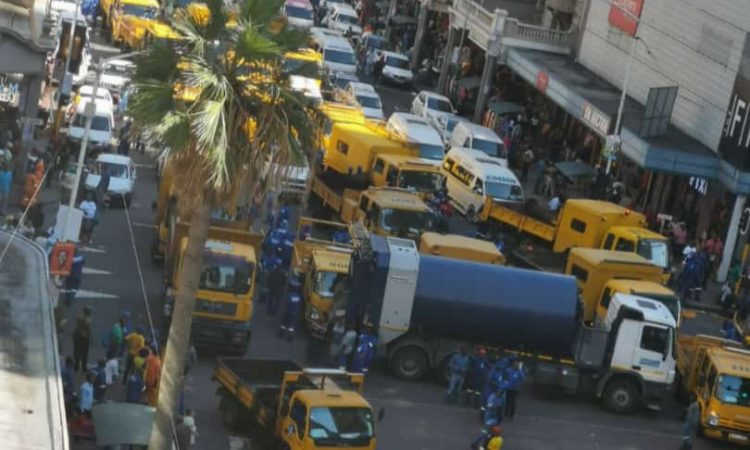 Durban – There is chaos on the roads in Durban again this morning, with striking eThekwini municipal workers blocking some major access roads into the city.

The CBD in the vicinity of the Durban City Hall is also gridlocked.

Hundreds of motorists are stuck in traffic at the various points.

Workers are blocking the N3 towards Durban at the Pavilion, the M7 near Bellville Road and parts of the M4 southern freeway.

They are demanding higher salaries after some Mk Vets were allegedly given increases.

Municipality representatives are expected to gather on Church Walk to meet with the South African Municipal Workers’ Union.

“About 20 DSW trucks have blockaded the road on the M7 near Bellville Road. The N3 at Toll Gate Bridge, Grey Street and the New Germany area has also been affected,” she said.

“Police have been deployed to stabilise the situation.”

Gwala says no serious incidents have been reported.

Meanwhile a motorist stuck on the N3 says they have been there for over an hour.

“We have seen a lot of Metro and eThekwini vehicles. We did not know why, but we’ll hopefully be on our way soon.”

The roads affected include –