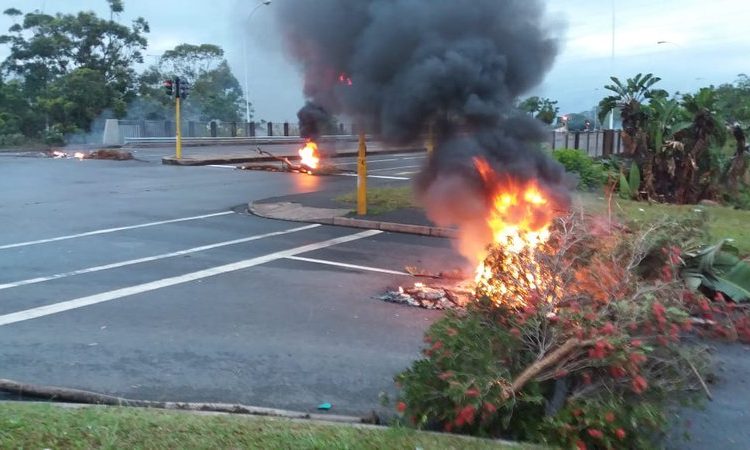 Durban – There were chaotic scenes on the Higginson highway in Chatsworth on Friday morning when protesters blocked roads with burning tyres and logs.

Over 200 community members, believed to be from an informal settlement called Summerfield, have been asking for proper houses, but in the process have disrupted traffic.

The protest resulted in roads being barricaded and a stand-off with police.

Chatsworth residents say the disturbances began at around 4am and loud noises are what they woke up to when residents from a nearby informal settlement barricaded the main roads with burning tyres, branches and other debris, while stating their grievances around housing issues.

Durban Metro Police say various police units were on the ground to disperse the demonstrators.

Residents have said that a large group of protestors moved their demonstration to residential areas causing panic among some families.

Meanwhile, Durban Metro Police say the demonstration is now over and routes have been reopened, they are still busy with clean-up operations especially along Higginson Highway’s Bayview off ramp.