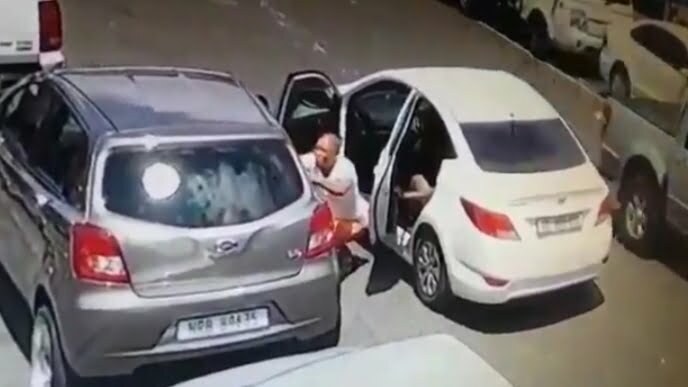 Durban – A video of a smooth operating theft from car gang is making rounds on social media. The gang managed to force open and steal from a parked Hyundai i10 car just outside Arrow Cash and Carry in Berea, Durban.

In the video, shared by REZA on Twitter, the suspects park their getaway vehicle very close to their target. One guy opens the front passenger door and works his magic to unlock the car doors.

As soon as he is done, another suspect emerges from the back seat of their getaway car and enters the target car. After just a few seconds the suspect comes out with his loot, three or four bags.

He gets back into the getaway vehicle and they speed off. All that is done in just 44 seconds.