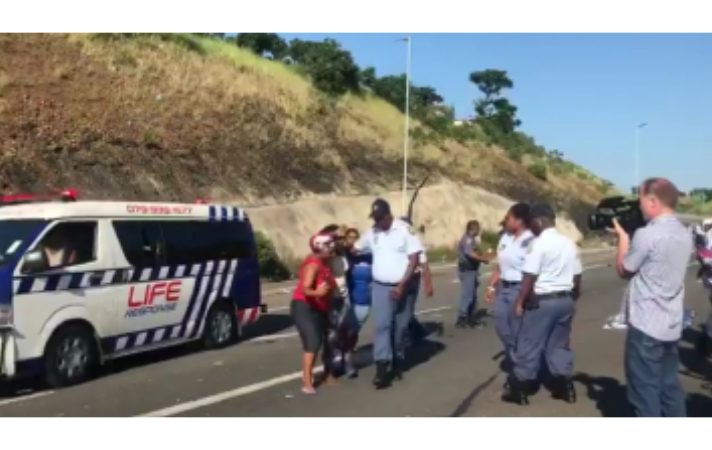 Durban – Emotional scenes are unfolding in Newlands West, where three teenage girls were killed in a taxi crash this morning.

Rescue Care says the taxi smashed into four children, who were on their way to school and dragged them several metres.

The fourth girl suffered serious injuries and has been rushed off to hospital. The victims’ parents are at the scene now.

Emotions are running high at the scene. Earlier, a woman thought to be the deceased’s mother was crying inconsolably.

The bodies of the deceased are still on the road, she was seen walking over and lifting one of the foil blankets and then collapsed to the ground.

There is also a large crowd of bystanders gathered and the community is very angry.

They have just chased away a truck at the scene. Police and paramedics are still here and are monitoring the situation closely. ECR