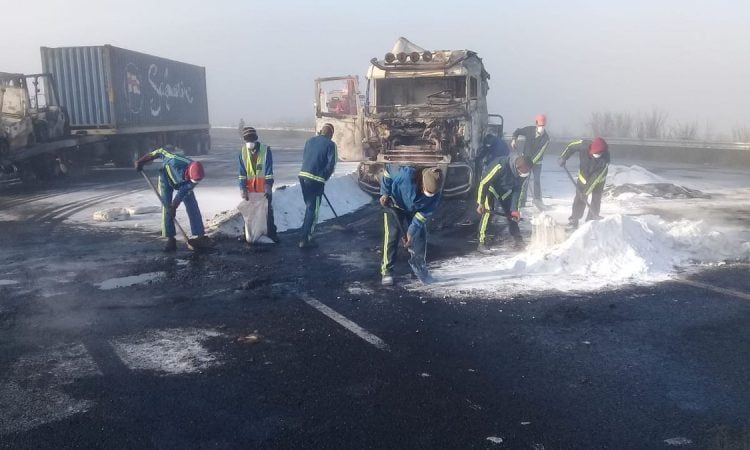 Durban – Protesters have set seven trucks alight near the Mooi River Toll Plaza in the early hours of this morning.

Protesting Association of Truck Drivers Foundation (ATDF) blocked the N3 at Cliffdale on Sunday and went on to block Bayhead road the following day.

They are demanding that trucking companies hire them before opting for foreign drivers.

The attack on those vehicles has led to a total road closure there.

“A disruption has taken place once again on the N3 – in the Mooi River area. It is north of the Plaza at Mooi River. The bottom line is that five trucks were torched on the Northbound. The implication is that the N3 has had to be closed in that vicinity,” the N3 Toll Concession’s Con Roux said.

Protesters from the ATDF allegedly attacked a driver during another violent protest in Durban on Monday.

He is recovering in hospital after being stabbed in the stomach.

Seven trucks set alight at Hidcote near Mooi River in the early hours of the morning pic.twitter.com/KZBKxJmTRr

Meanwhile, Roux says traffic is being diverted around the burnt vehicles.

“Traffic is moving – so our recommendation to motorists is to delay departure to that area at the moment. The fires have been extinguished and fortunately nobody was injured in the torching of these vehicles.”