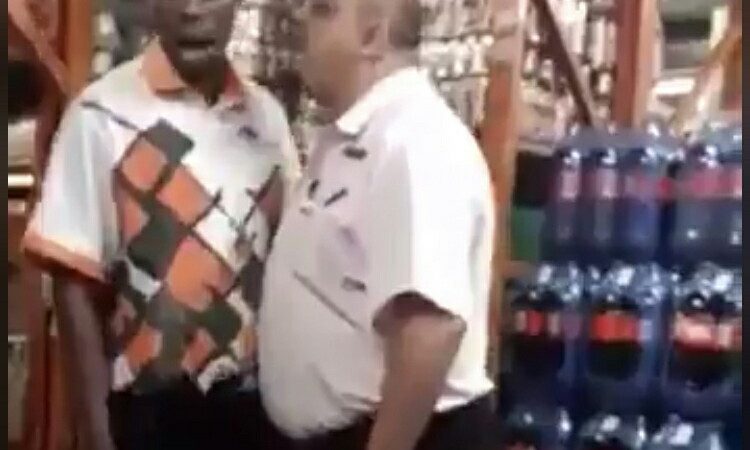 A Shoprite manager caught on video swearing at an employee has been suspended, the company said.

In the video, which has been widely circulated on social media, he dares the employee to “take me on”.

“Why don’t you beat me …” the manager is heard saying.

He then moves in closer and the employee responds: “I am not here to fight but to work.”

The altercation continues and manager uses swear words including “voetsek”, “f*** you”, and “mother f***”, to which the employee replies, “You too.”

OMG I just received this… I cant believe this!! Staff complain about store managers being disrespectful all the time… This is beyond cruel and how he provokes this guy is so humiliating and senseless I hope this guy gets a good lawyer to represent him! pic.twitter.com/7rb8eNDy9P

Shoprite confirmed the incident, which took place in one of its Gauteng supermarkets.

“The group strongly disapproves of the conduct of a manager visible in a video circulating on social media following a recent incident in a Shoprite store in Gauteng. The group apologises to its customers and employees and has taken immediate action.

“The implicated member of store management was placed on suspension, pending an investigation into the incident to gather all the facts that will inform the disciplinary process,” Shoprite said in a statement.

It said appropriate action would be taken in accordance with the company’s code of conduct, which applied to all management and staff.

“The group is fully committed to provide a courteous and professional working environment. All employees are expected to apply the principles of respect and equality and to respect the inherent dignity of all. This also applies to merchandisers and contract workers from other service providers,” Shoprite added.