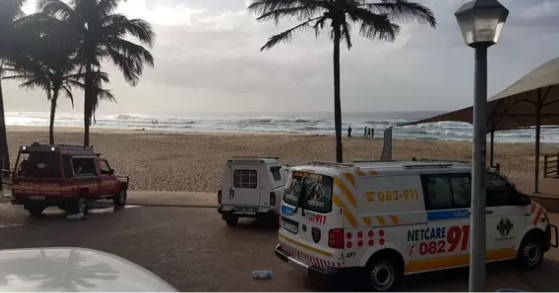 Durban – A woman has drowned at Margate beach on the South Coast on Thursday morning.

According to Netcare 911 spokesperson Shawn Herbst they responded to the incident around 7:40am.

“Reports from the scene indicate that an adult female believed to be in her thirties was rescued by Lifeguards who pulled her to shore.

“On noticing the patient was not breathing and unresponsive the Lifeguards started CPR.

Herbst said sadly the patients condition deteriorated rapidly and was declared deceased on the scene.

“Circumstances leading up to the drowning will be investigated by the SAPS who were on scene.”

This week the cause of death of a teenager who was swept away at Umhlanga Beach was ruled as accidental.

The British model Sinead Moodliar was swept away by a freak wave on December 26 last year and is believed to have spent at least eight minutes under water before she was rescued.