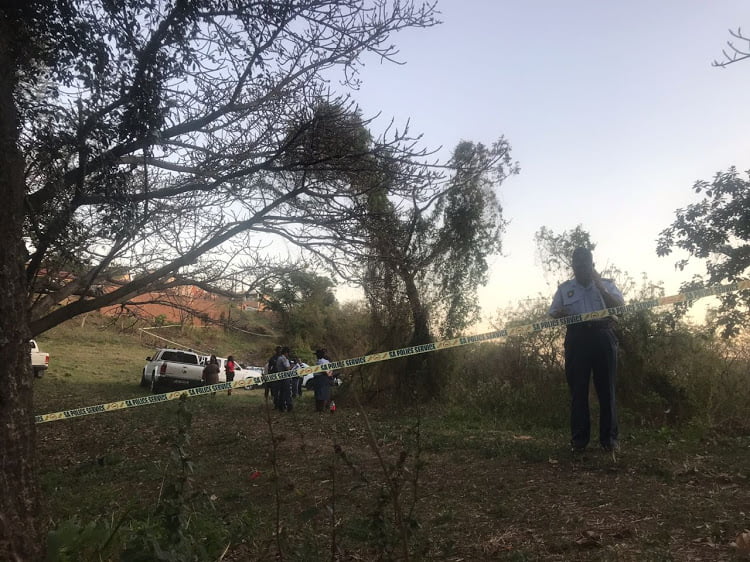 Police have discovered a decomposing body in Phoenix‚ outside Durban – and on Monday afternoon gave case details that identified the body as that of missing 9-year-old Miguel Louw.

Police sources with knowledge of the investigation said that a decomposing body was found buried in a park in Longbury Drive‚ Phoenix‚ on Monday afternoon.

SAPS spokesman Captain Nqobile Gwala confirmed that police were on the scene.

“The boy went missing on July 17 at Sydenham area. The scene is still on‚” she said.

The body was found by Glen Naidoo‚ head of a private security company. One of the child’s aunts‚ who was there with police‚ could be heard wailing uncontrollably as she witnessed the scene playing out before her.

The body was linked to the Miguel case by an item of clothing – a school jacket he was reportedly wearing the last time he was seen.

Police erected a wide cordon around a park in Longbury Drive‚ with crime scene technicians focusing their attention on a patch of brush near a ravine.

It is understood that officers had happened upon the body while chasing suspects from a business robbery.

Naidoo‚ of private security company KZN VIP Protection Services‚ said that his guards had chased several men into the ravine and called the police for help. It was during this unrelated chase that they stumbled on the shallow grave.

“We thought they were armed‚ so we called the police. When the police came we started searching and came across a foul stench‚” he told TimesLIVE.

He said that they found a badly decomposed body of a child wearing a school uniform under some bushes.

Arlene Paul‚ the boy’s grandmother‚ told TimesLIVE that the family had received calls earlier on Monday telling them that Miguel’s body was found in Phoenix. But they did not believe it because the calls had not come from officers involved in the case.

“We thought it was a prank‚” she said.

Miguel Louw’s aunt weeps at scene where body was found