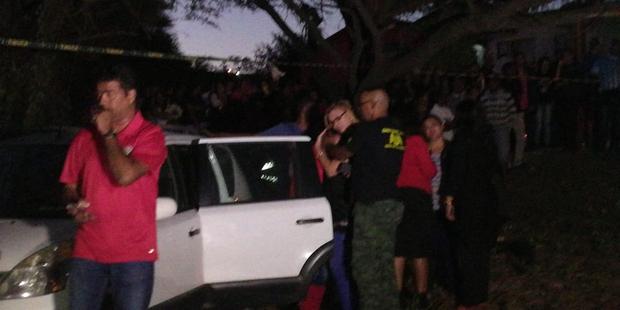 Durban – Phoenix residents have come out in their numbers after reports of a body believed to that of missing schoolboy Miguel Louw was found in a vacant land in Longbury Drive, Phoenix on Monday afternoon.

The scene is sombre as people stand in groups waiting for more information.

Miguel’s aunt is at the scene. She is weeping and being comforted by family outside her car.

The schoolboys parents are not on the scene.

The 9-year-old went missing on July 17. He was kidnapped while walking home from school. A 43-year-old has been charged with human trafficking.

The mortuary van has arrived.

Police are yet to confirm if the body found belongs to Miguel.

According to information at the scene at the body is badly decomposed.

Private security guards were chasing an armed robber through the bushes in Phoenix on Monday when they came across a stench.

The stench would eventually lead them to a shallow grave where the body of a young boy was buried.