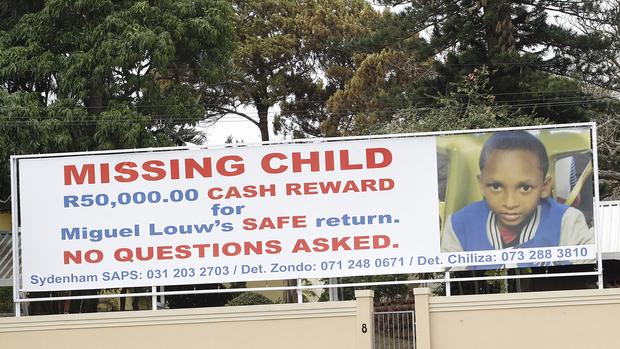 Durban – KZN police have confirmed that Miguel Louw’s body was found a few metres away from his alleged kidnapper’s house in Phoenix.

The 43-year-old charged with human trafficking remains behind bars after failing to raise the R2500 bail. He was granted bail on Wednesday in the Durban Magistrate’s Court, KZN police said.

KZN police spokesperson Thembeka Mbele said the identity of the deceased could not be confirmed at this stage, however a few of Miguel’s relatives are on scene.

She said investigations would begin on Tuesday and that Miguel’s family would be allowed to identify the body.

She said the body, which was found with school clothes, was at an advanced stage of decomposition.

The mortuary van has since left the scene. Police are also leaving the scene.

People from the community have also started dispersing and were earlier seen taking photographs and videos from the scene.