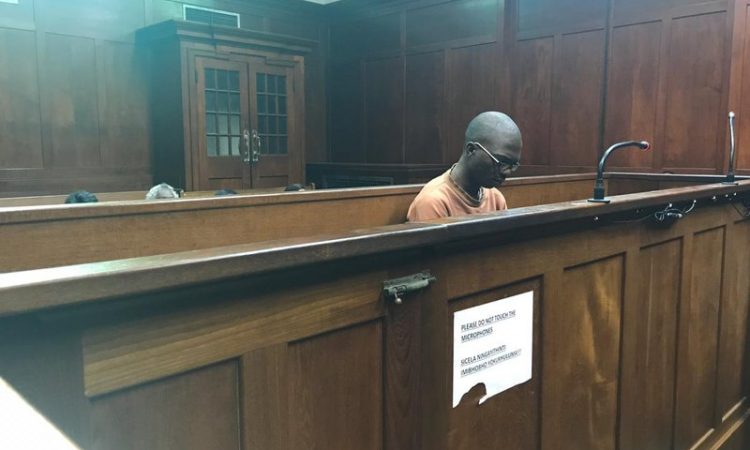 The Durban High Court has found the man accused of killing little Sadia Sukhraj guilty on charges of murder and robbery with aggravating circumstances.

Sadia-Sukhraj-Accused
Nushera Soodyal
The 9-year-old girl was killed in a botched hijacking in Shallcross, near Chatsworth south of Durban last year.

Sibonelo Mkhize learnt his fate a few moments ago.
He was found guilty of Sadia’s murder, as well as the murder of his alleged accomplice, Siyabonga Bulose and robbery with aggravating circumstances.

Earlier, Judge Esther Steyn said Mkhize’s version of events, that he was not present when the Sukhraj’s vehicle was taken and that he had just been walking down the road when he was arrested, must be rejected as false.

Steyn says Warrant Officer Hemant Raghoonundun’s testimony had to be be taken into account.

Raghoonundun told the court that he had chased Mkhize from the time he jumped out of the vehicle until he caught up with him.

Mkhize was also found in possession of a handbag belonging to Lorraine Sukhraj, Sadia’s mother.

Steyn told the accused that if his testimony was true, all officers who testified would have had to have conspired to lie to the court.