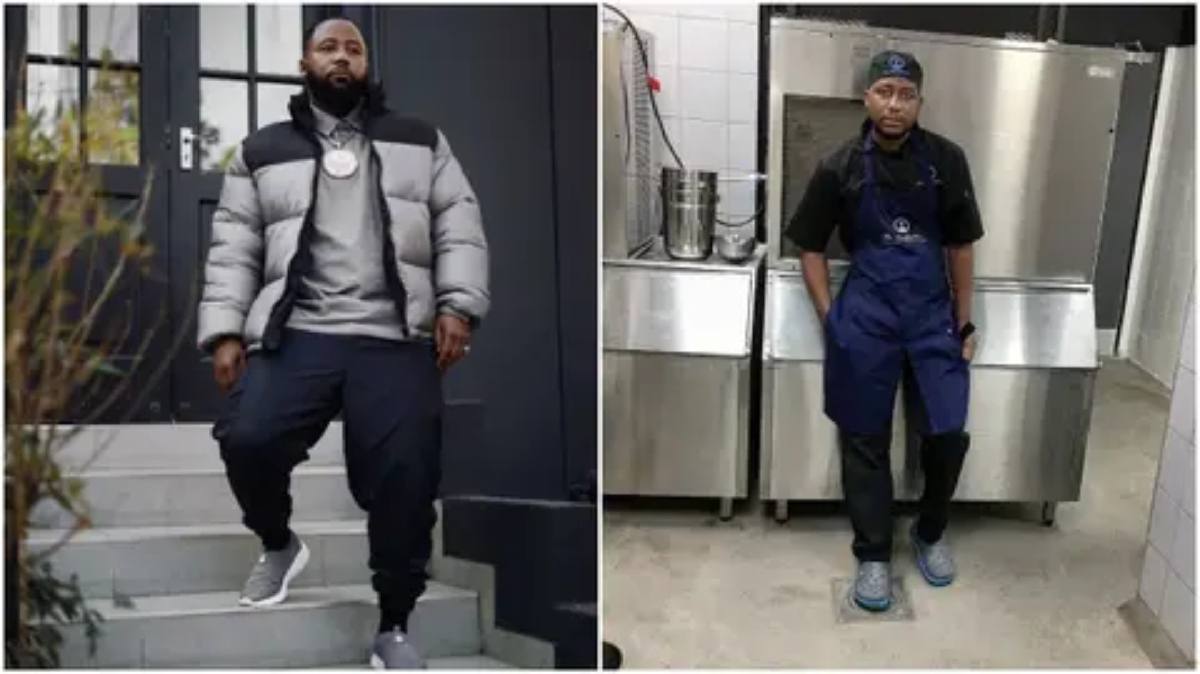 Cassper Nyovest is trending on social media after the discovery of his ‘twin’ Dumisa Ncube. The resemblance between the two has earned Ncube, Cassper’ Twin tag.

Pictures of a Ncube, who looks just like Cassper went viral on the internet.

Dumisa Ncube is a sushi chef from Johannesburg, he boasts a striking resemblance to rapper Cassper Nyovest.

Dumisa’s pictures started trending this week on social media after he posted a picture of himself at work.

The discovery sent social media into a frenzy and left many asking Cassper Nyovest if Dumisa is really his twin or they are just related.

However, others, without waiting for any confirmation concluded that Dumisa is Cassper Nyovest’s twin brother.

Speaking to News24 in August, Dumisa claims he is often hounded by the public who demand autographs and photographs with him.

“Everywhere I go, people stare at me like I am a celebrity. If I don’t cut my hair, or if I wear sunglasses, it’s worse. We look alike, that much I know. I always shave my beard now.

“I could be in a taxi and get crazy reactions ad I just laugh. Some people even ask for pictures and autographs,” said Ncube.

Here he looks more like Cassper than Cassper does

Waiting for you to appear on the Braai Show with your twin brother. 🤧 pic.twitter.com/DqKHQxVGF8