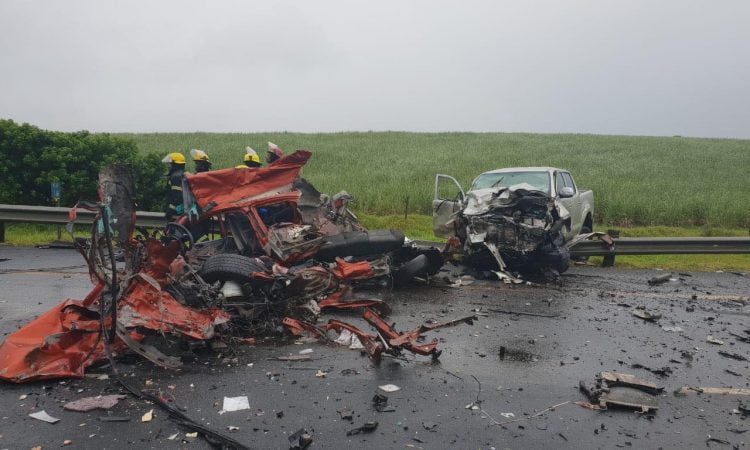 Paramedics have described the scene of the N2 horrific crash on Saturday that killed seven as gruesome, bodies, including that of a five-year-old were scattered around both the north and south carriageways.

An investigation is under way into the exact cause of the crash on the North Coast near Tugela bridge.

IPSS Medical Rescue’s Paul Herbst says most of the victims were declared dead at the scene.

The severity and degree of impact were such that persons sustained traumatic, lethal injuries. The roadway was obstructed for a period time while emergency teams worked on the scene.