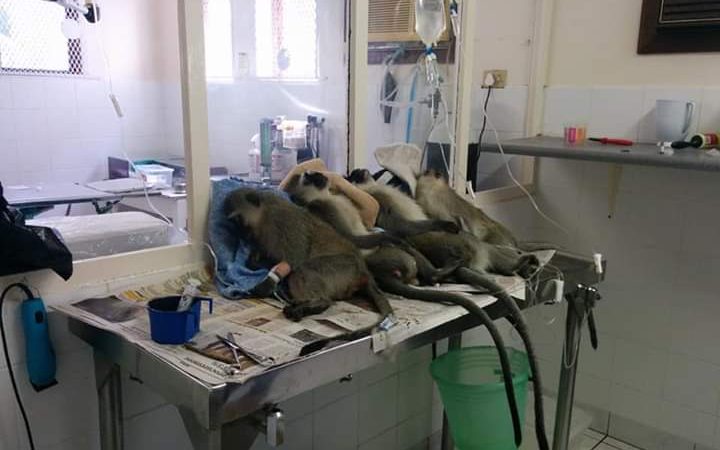 Marshall Security is offering a R20 000 reward for information leading to the identification of the culprits in the mass poisoning of a vervet monkey troop in eMdloti.

A total of 13 monkeys died after being poisoned while several others were sick from the attack according to Monkey Helpline.

The mass monkey murder has shocked and outraged the north Durban community.

A resident’s dog was also a casualty of the poisoning and allegedly died after eating the vomit of a poisoned monkey.

Steve Smit of Monkey Helpline said nine survivors of the troop were being treated by a vet in Durban North.

“This is a massive blow to the 6th Avenue troop in eMdloti. This has shocked us to our core and it’s an absolutely despicable act. We cannot believe someone would stoop so low and inflict this much cruelty on animals. It is going to take years for this specific troop to recover,” he said.

Smit also thanked the north Durban community who rallied behind them to help capture and rescue some of the monkeys.

“The compassion from the community has been incredible. It’s heartening to see so many people stand united against cruelty and brutality to animals,” Smit said in a live Facebook video.

“We are offering a R20 000 reward to anyone who provides information which leads to the identification, arrest and conviction of the individual or individuals involved in the poisoning of a troop of monkeys in eMdloti on Saturday. If anyone has any information I urge them to contact us on 079 514 8352 or 086 162 7732,” he said.