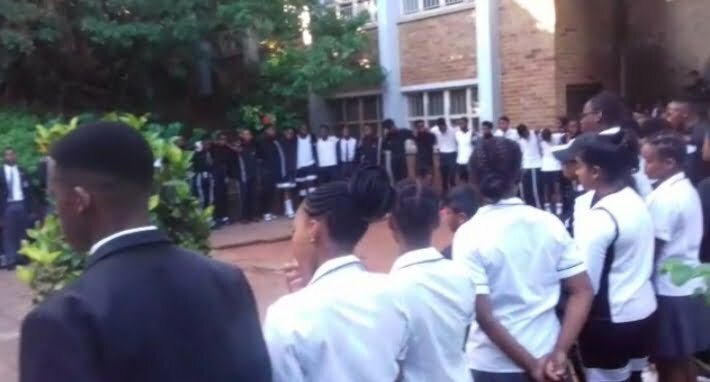 A day after the horrific death of their schoolmates at the hands of their father pupils struggled through the day even missing their first lessons.

Teachers were equally shocked and sobbed together with the pupils as it sunk in that indeed their pupils had left this world.

Three girls died together with their parents in their home in what police has confirmed as murder and suicide. The father is suspected to have shot and killed his magistrate wife and their three children.

Paramedics say that the mother died while protecting her kids as her body covered her kids’ when their bodies were discovered on Wednesday afternoon.

TellitallSA received a heart breaking tribute written by a grade 9 pupil at New Forest High School where one of the children was schooling.

Unedited
I never cry and at school I’ve never cried like this.
Out of all the pain I’ve felt whether it’s physical or emotional,
This is the worst
We only had a small connection but once it was broken.
That small emotion turned to a lot of pain.
I’m sad she has left
I’m angry at her father
I’m confused about the reason
and it hurts.
I held my tears back harder than I’ve ever held anything back
But I wasn’t strong enough.
What confuses me the most,
it took me a while to know that
I could cry when a family member dies
but when a friend dies.
My eyes went red
My throat felt like it blocked
My body felt weak and a river of tears flowed through my eyes.
I really wish I could have spoken to her more.
The school was gathered in grade 11 area when I got there
Two thirds of the school was crying.
I held my breath then I breathed out
Holding my tears was hard.
We were all there for a moment of silence.
I DON’T THINK I CAN CARRY ON WRITING 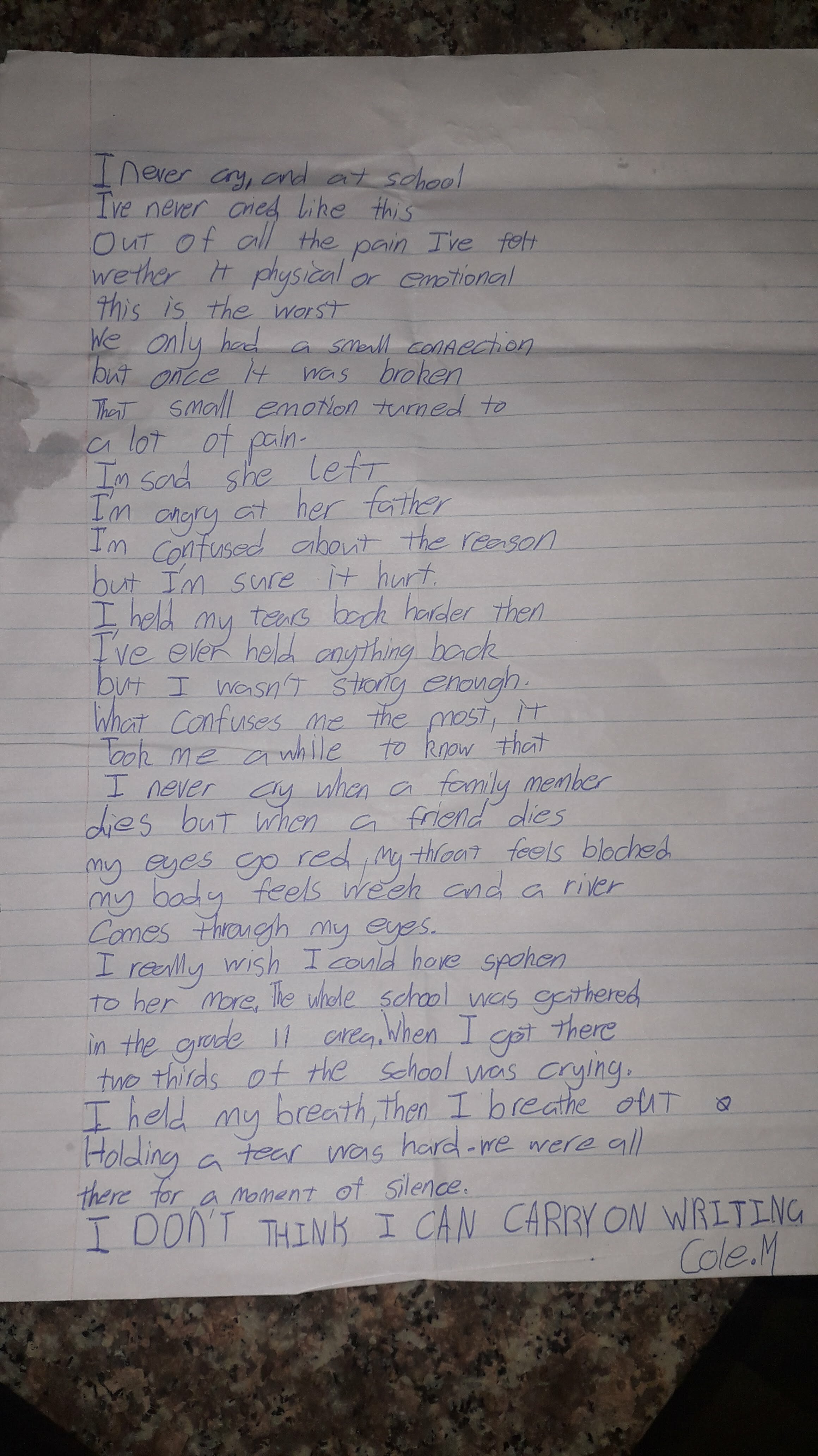