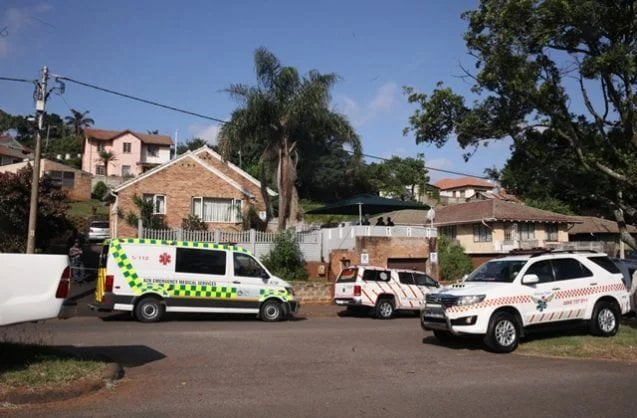 Durban – Paramedics who responded to the scene of the murder and suicide in Montclair have described it as a “gruesome carnage” when they found five bloodied bodies in the bedroom.

Rescue Care spokesman Garrith Jamieson said paramedics were met with “gruesome carnage” and to make it more heart wrenching the mother died shielding her kids judging from her final position.

She was a magistrate based at the Durban Magistrate’s Court and her partner, a court interpreter.

Police were still at the scene after 6pm in Montclair, south of Durban, Lieutenant Colonel Thulani Zwane confirmed on Wednesday night.

The couple’s three children were also shot dead at the family home in Isleworth Avenue.

“They were family members,” said Zwane, answering “yes” to if the shooting was a murder-suicide, “It looks like it, yes”.

“The husband was a court interpreter and his wife was a magistrate, I am not sure if they were married but they were considered husband and wife. They worked at Durban Magistrate’s Court,” he said.

The children were between nine and 17-years-old, he said.

Paramedics had earlier said they believed the children were of primary school age.

The death of the family of five has sent shockwaves across the country.

The spotlight has again been placed on violent crime in South Africa, with many reacting to violent incidents over the past few weeks.