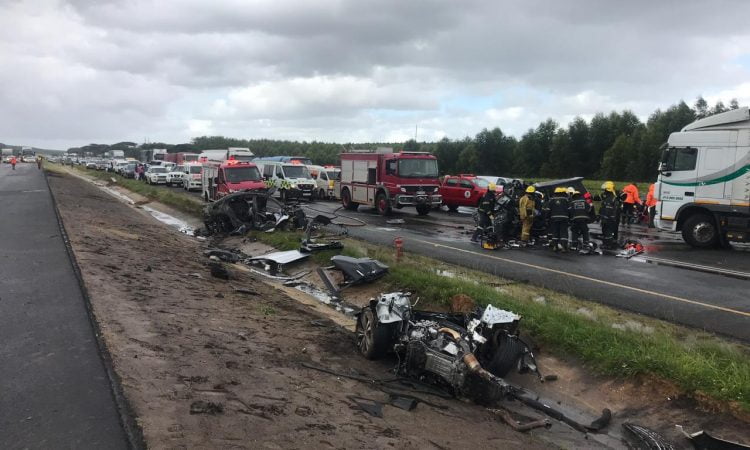 Durban – Four people have died and a further three people have sustained serious injuries following a high-impact, head-on collision on the N2, near Mtunzini.

The driver of one of the vehicles burnt to death as he was entrapped in the vehicle, which ignited on impact.

Three occupants from the second vehicle sustained fatal injuries and were declared dead by paramedics, shortly after their arrival.

An additional three occupants from the same vehicle sustained serious injuries and were trapped in the wreckage.

Fire and rescue services used the jaws of life to free the injured from the vehicle whilst the Black Eagle IPSS aeromedical service, together with KZN Heath Department air ambulance, were dispatched to scene.

Paramedics from IPSS, KZN Health Department, KwaZulu Private worked together to stabilise the injured, before they were airlifted to hospital.