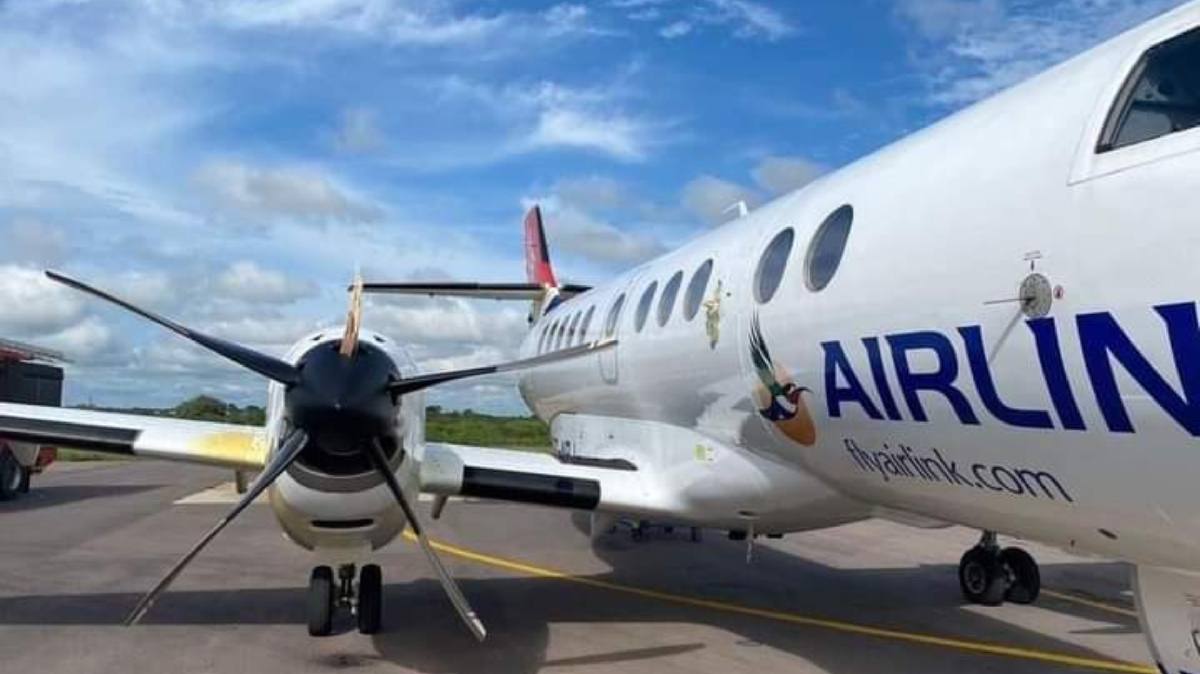 A SA Airlink JS41 was involved in a serious bird strike accident on 3 January 2022 while landing at Venetia Mine in Kathu, Nothern Cape province.

According to reports on social media, the propeller disintegrated and it hit the cabin.

It was a lucky escape for the passengers and crew who came out unscathed.

It’s reported that the SA Airlink Jetstream JS-41, registration ZS-NRJ was performing a charter flight from Johannesburg to Venetia Mine, South Africa when a bird impacted the right hand propeller causing one of the blades to separate and penetrate the cabin.

The aircraft continued for a safe landing.

The airline confirmed the incident on Jan 4th 2022 stating: “Yesterday an Airlink Jetstream 41 aircraft operating a private charter flight struck a large bird upon landing at Venetia airfield. None of the passengers or crew were injured although the aircraft sustained substantial damage.”

The aircraft was severely damaged.

Remind me never to sit by a prop again! Thankfully no one hurt on this J41. #j41 #birdstrike #fanhitstheshit #birdmighthavebeeninjured It sure as hell would have woken you up if you were napping onboard. pic.twitter.com/jvUTYkKces