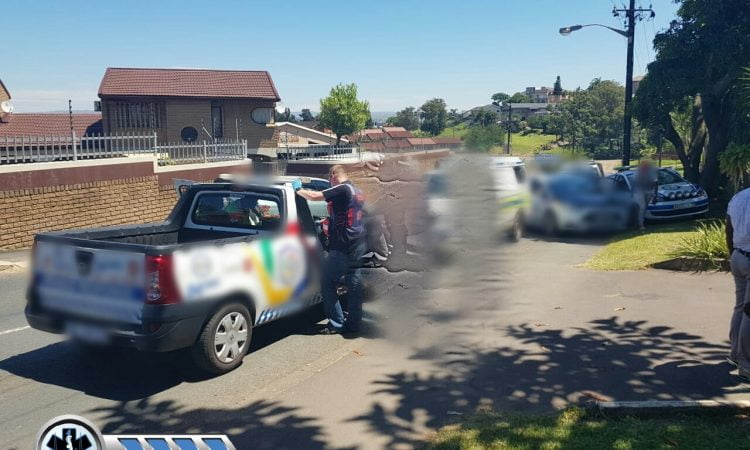 Durban – A hijacking suspect has been seriously wounded after he was shot by his intended victim, a private security reaction officer.

Just before mid-day on Tuesday, Crisis Medical Paramedics responded to the scene of the shooting in Effingham Road, in the Effingham area north of Durban.

Reports from the scene indicate that a male suspect attempted to hijack the armed reaction officer when a scuffle ensued.

The suspect attempted to disarm the officer who fired shots in defence of his life.

The suspect sustained multiple gunshot wounds and was treated and stabilized on scene by intermediate life support paramedics, before being taken by ambulance, under police guard, to a nearby hospital for further care.

The security officer did not sustain any injury in the ordeal.

The scene was secured and handed over to the South African Police Services for further investigation and processing.