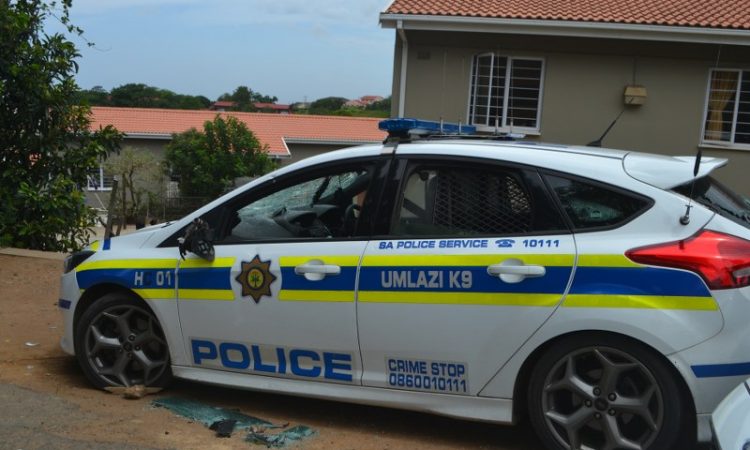 Provincial police spokeswoman, Col Thembeka Mbhele said the Durban Flying Squad was conducting an operation in Taurus Street in Shallcross when they were allegedly attacked by a group of about 200 community members.

Three suspects were arrested after police, who were conducting an operation regarding drug trade in Shallcross, were attacked and obstructed from carrying out their duties, on Saturday.

Two people were shot, police officers injured and police vehicles damaged during the clash between residents and police during the raid, which was conducted at suspected drug kingpin, Yaganathan Pillay, commonly known as Teddy Mafia’s home.

Provincial police spokeswoman, Col Thembeka Mbhele said the Durban Flying Squad was conducting an operation in Taurus Street in Shallcross when they were allegedly attacked by a group of about 200 community members.

“Police were following up on intelligence (information) regarding drug trade in the area. They were assaulted and a rifle was stolen. Police vehicles were stoned and damaged as well,” she said.

“Public Order Police, the National Intervention Unit, K9 Unit and Airwing, as well as Chatsworth police, were at the scene and paramedics were also deprived to assist the injured police officers by an unruly crowd,” she added.

Cases of public violence, assault with intent to cause grievous bodily harm, theft of firearm, malicious damage to property and obstructing police officers are under investigation.

The injured police officers were taken to hospital for medical attention. Col Mbhele confirmed that the suspects, aged 37 and 41, will be charged.

Swift police action led to the recovery of the firearm and the arrest of a 26-year-old suspect, who was found in possession of a police rifle.

He was caught while trying to conceal it. He will be charged for illegal possession of a firearm. The arrested suspects will appear in the Chatsworth Magistrate’s Court soon.

“We will not tolerate such criminal and barbaric acts by people who attack police and obstruct them from conducting their duties. Anyone caught doing so will face the full might of law,” she concluded.