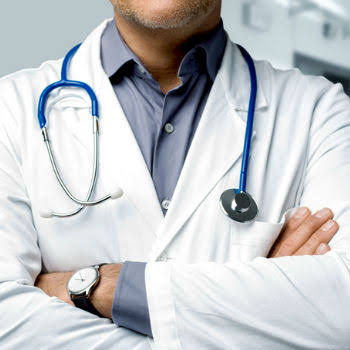 Durban – A Tongaat doctor who sexually assaulted a patient and quizzed her about whether her boyfriend had satisfied her, has had his licence wholly suspended for three years on condition that he does not commit a similar offence.

The Health Professions Council of SA found Shuran Jekmohan, 44, guilty of sexual assault and doing an inappropriate examination on a patient.

He had pleaded not guilty to the charges.

The Zimbabwean woman, who cannot be named, claimed Jekmohan fondled her instead of treating her flu-like symptoms.

Jekmohan told the hearing he had learnt his lesson and wanted to move forward.

However, he found the complainant, 32, to be a credible witness.

The woman testified that she had been a patient of Jekmohan in June last year and had gone to him for treatment of a sore throat.

He had made her remove her clothes and lie on the bed in her underwear.

She claimed he played with her nipples and put her hand on his buttocks and his private area.

Jekmohan said he had examined her breasts because she claimed she had missed her menstrual cycle and suspected she was pregnant.

The woman refuted this saying that she had an Implanon (contraceptive).

She said when he began examining her she was “traumatised”.

The woman claimed Jekmohan asked her whether her boyfriend satisfied her in bed.

Jekmohan claimed the woman was upset that she was not pregnant. He said the woman misconstrued what he asked her.

“When patients come into our rooms regarding fertility problems we ask them three questions.

“Does your partner smoke, consume alcohol and if he has power.”

He said power was related to sex drive.

He claimed he did an ultrasound and urine test.

The woman said that before he could touch her private area she jumped up and a nurse then handed her medication and she left.

“When I told my boyfriend what he did, he approached the front desk nurses and they just looked.

“It seemed as if they knew something but were afraid to talk because they could lose their jobs.”

The woman said the doctor told her she was beautiful in an unprofessional manner.

“I am a health care consultant and I know what is professional and unprofessional.”

Jekmohan said he had been a doctor for 18 years and he was not unprofessional.

He also said he was married with a 6-year-old son.

After being found guilty, Jekmohan apologised profusely to his colleagues saying that he was embarrassed. POST

Trucker dies on his birthday after suffering heart attack while driving