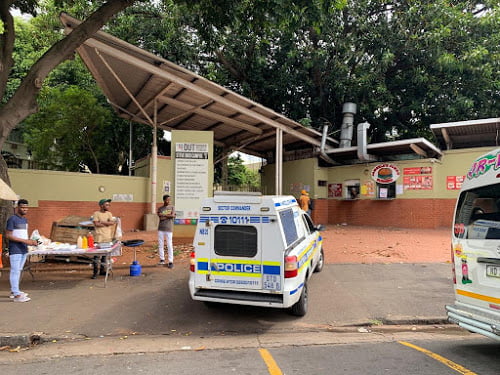 A student has been killed after being shot at the Durban University of Technology’s Steve Biko Campus on Tuesday.

The university and the EFF Students Command confirmed the student’s death. 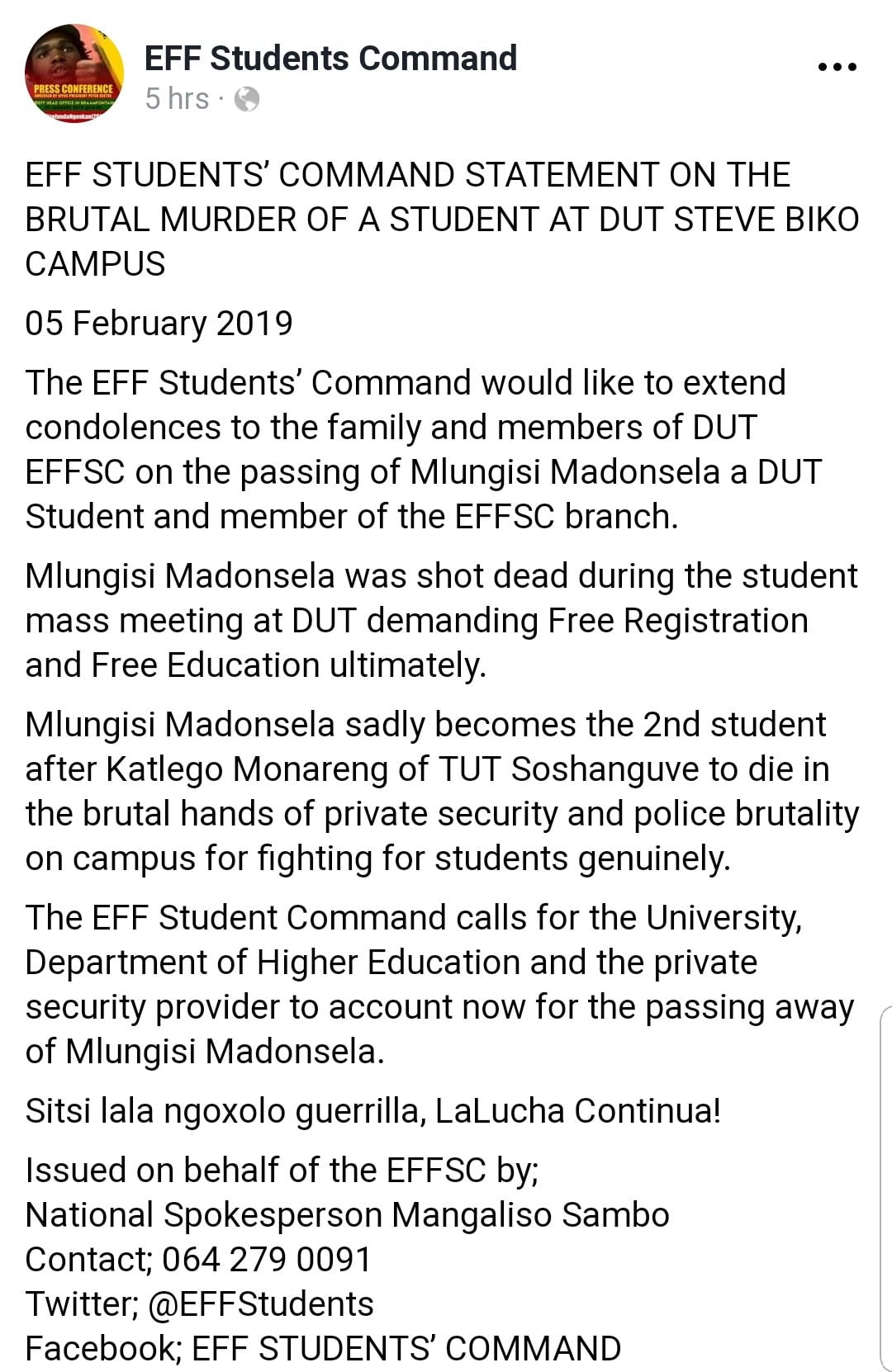 Philani Nduli, who is the provincial chairperson of the EFF Students Command, said the shooting happened as students and security guards clashed.

“I don’t know how a real gun suddenly came out, but we heard a shot and shortly thereafter a student was rushed to hospital. We later heard that he had died,” said Nduli.

He identified the deceased student but we have chosen not to name him until his family has been notified.

#DUTShooting Free Education was promised, now we have to die for it😥 pic.twitter.com/YvvyNro6ja

Nduli said he only heard a single shot during the clashes, adding that he and other student leaders had been forced to leave the campus. “It seems as though certain people are being targeted by the private security,” he said.

The institution also confirmed the incident. “The student passed on while receiving medical attention at the City Hospital in Durban,” said DUT in a statement.

“Cause of death and details of the incident are not yet clear as the matter is still subject to a preliminary investigation by police officials.”

DUT said that because of this incident and other violent altercations, the university management had since decided to close the university.

Meanwhile, police could not immediately give details on the incident.