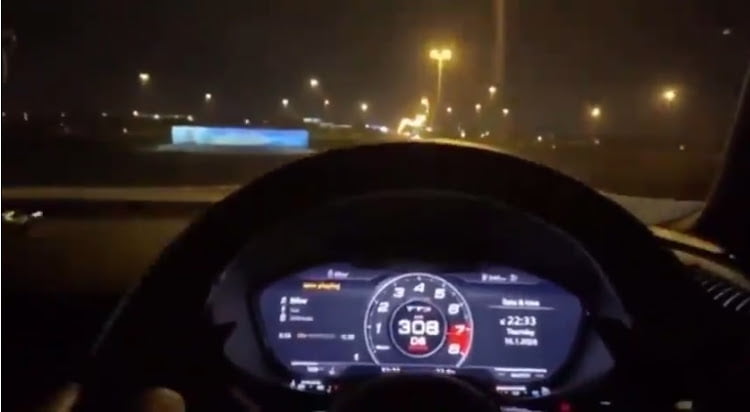 A video surfaced online of an Audi driver accelerating from 243km/h to 308km/h on N1 around the Midrand area.

The motorist was seemingly driving on the N1 south in Midrand.

The video starts with the car doing 243km/h on the dashboard and quickly shoots up to 308km/h.

Social media was abuzz with video on Sunday.

The motorist goes on to clock 308km/h in what appears to be an Audi before the video ends.

Johannesburg metro police department (JMPD) spokesperson Chief Superintendent Wayne Minnaar said there was no fine for speeds of more than 160km/h, only a court appearance.

“If the motorist fails to appear in court then a warrant of arrest will be authorised.

“There is a possibility that he will receive a notice through the post because speed cameras are operated on different roads on a 24-hour basis,” Minnaar said.